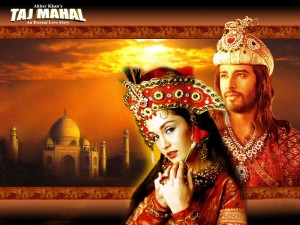 “Am setting out to make a film that will bring this glorious passage of history to life. I am seeking to humanize it not as a docu drama but as an experience in living history. I want to put the audience on the lap of the Golden Era of the Peacock Throne, to experience the romance of Emperor Shah Jahan and his Empress Mumtaz Mahal – the romance that eventually turned into an eternal love story – The Taj Mahal.

The Taj Mahal is not just the story of a mausoleum; it is the story of a family. It is not only a romance, it is also a tragedy. The Moghuls were an amalgamation of fierce battles, bitter vengeance and sublime aesthetics. They loved with passion and hated with an equal passion. The scene was set for the clashing of arms, charging of horses and whipping off heads, in short for fratricidal violence, as brothers destroyed each other and sons rebelled against fathers in their rivalry for throne.

The greatest love story of all times was thus splattered with the blood of ambition.”